Color is an important trait for a fruit and can help grab a consumer’s attention; this fruit color is determined by carotenoid, which ranges from ivory to red. Such modification of color is attributed to the mutation of genes that exist in the carotenoid biosynthetic pathway.

The research team of Professor Byoung-Cheorl Kang of the Department of Plant Science at Seoul National University investigates the mutation of genes that determine major traits of pepper such as fruit color, identifies the roles and locations of these genes, and utilizes it in the actual breeding field.

In the study, the Professor Kang’s research team aimed to identify the sequence of the carotenoid biosynthetic gene of capsicum using single-molecule real-time (SMRT) sequencing (Figure 1), as it provides a longer read length and a faster runtime compared with other NGS technologies. The research team found allelic variations of six genes that biosynthesize carotenoid through SMRT.

As a result of analyzing 43 capsicum accession through SMRT and UPLC, most premature stop mutations among six carotenoid biosynthetic genes were revealed as concentrated in two genes (PSY1, CCS). Thus, an analysis was conducted on the correlation between carotenoid profiles and allelic variation shown by the combination of these two genes. 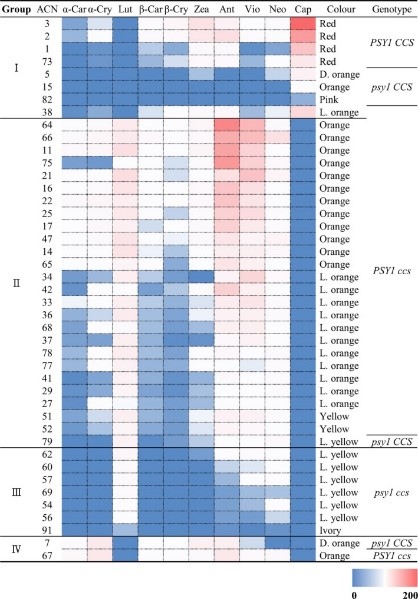 Figure 2. Heatmap of the levels of 10 carotenoids in 43 Capsicum accessions.

This study was published in Plant Biotechnology Journal in 2019.