The Major Exploring Program for New Students is a program for the new CALS students who have not been allocated to a specific major, and it is designed to provide them with the opportunities to explore the majors in the college as well as the relevant professions and career paths. During the summer/winter vacation, the students can choose one of the majors in CALS to explore the information about the major and the relevant career paths through literature review, interviews, and so on. A maximum of 4 students can apply as a team and conduct the activities together after being selected.
We met with Jae-yeon Shin (admitted at SNU in 2021) of the Department of Agricultural Economics and Rural Development who participated in the second term of the Major Exploring Program for New Students as a member of the Cheongyang Green Pepper Team. The team conducted the program under the guidance of Professor Do-il Yoo from Agricultural and Resource Economics major. Focusing on the trend of smart agricultural industry, the team explored the theme of agricultural big data and techno-economics. From the end of March, the team members requested interviews from the relevant institutions to acquire the information about the change of the agricultural industry in terms of production, distribution, and consumption. To prepare high-quality interviews, they conducted presentation seminars regarding the work trend of the institutions as well as the persons in charge. They also updated the interview questions with real-time feedback through Google Docs. The interviews provided the opportunities to learn about the structure and work of the relevant institutions, the application programs for data processing and analysis, and the projects carried out by the institutions, such as big data projects, and to receive the advice from the senior graduates. Jae-Yeon said that they were sometimes discouraged during the interviews, because the topics and responses were unexpectedly changed, but the interviews also broadened their views toward new areas.

Jae-Yeon said that talking with the senior graduates working in various areas allowed them to think deeply about not only the majors and career paths but also how to live their life. Jae-Yeon advised the future participants of the Major Exploring Program for New Students to meet the interviewees with open mind, rather than being stuck to the initially determined topics. 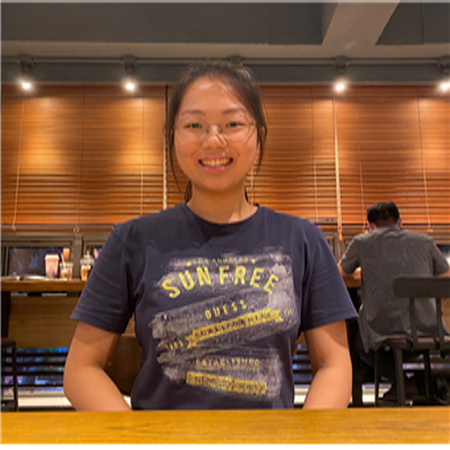