On the morning of November 6, 2019, the 2nd Evergreen Literary Awards ceremony was held in the conference room of College of Agriculture and Life Sciences. The Evergreen Literary Awards Competition, which was held for the second time this year, was organized by the alumni association of College of Agriculture and Life Sciences to provide a chance for students who are tired of their studies and busy with their current work to pause for a while to feel the loneliness of autumn, share appreciation, and rest. The competition was held in two categories, creative poetry and creative essay, for undergraduate and graduate students of College of Agriculture and Life Sciences as well as alumni and faculty members. Work materials presented were about evergreen, flower, human, life, and nature, which are representative images of College of Agriculture and Life Sciences in previous years.
The awards ceremony first began with congratulatory remarks from the alumni association chairman Byung-ryun Seo and encouragement from the dean Suk-ha Lee. Since then, judges of each section of poetry and essays commented. This year, as they evaluated outstanding writings of alumni, they invited the poet and literary doctor Hae Il Son to judge the poetry section and essay writer Soon Hyung Lee to judge the essay section. Judges stated that it was extremely challenging to screen the winners because many excellent works were received. In addition, they received many excellent poems and essays among not awarded works and stated that it was a pleasant experience to read literary works with various and novel perspectives.
In this competition, 12 essays and 18 poems were submitted. Among them, one was selected as the first prize, two for the excellence awards, and five for the runner-ups positions. It was meaningful that alumni from a wide range of ages, from freshmen in 2019 to alumni in 1970, participated and won awards. Subsequently, the awards ceremony was held. The essay section award was presented by the dean Suk-Ha Lee and the poet section award was presented by the chairman of the Byung-Ryun Seo alumni. Myeong-chae Yoo (Department of Plant Science), who won the grand prize, expressed impressions of winning, and Ha-young Choi(Department of Plant Science) in the poetry section recited the poem “germination,” which was touching. After the ceremony, it was an affluent autumn afternoon, with a photoshoot, luncheon, and talk.
This time, the student reporters met Myeong-chae Yoo who won the best award in the essay category for his work called “Island”.
When asked about his motivation to apply for the Evergreen Literature Award, he said that “After seeing the notice posted on the Kakao Talk group chat, I applied for the prize because I thought I have written an essay appropriate for the topic”. The winning work of Myeong-chae Yoo was a story about the “flower,” among the publicly announced topics, his story when he was in the military in 2016. When asked about his thoughts while writing, he replied “The most important part of the competition is that it is highly related to the theme,” and “I did not write an emotional story with ‘I’”. As for the reason for writing this way, he said “It is good to take a step back and deliver it realistically. I think that if the artist’s arbitrary interpretation enters, it can interfere with the interpretation of the reader”. Furthermore, about the evergreen literary contest, he stated that “It is characterized by a wide range of themes unlike general contests with a clear purpose. I think we can encourage participation of students of College of Agriculture and Life Sciences who are interested in literature through more aggressive promotion”.
In fact, the amount of work submitted to this year’s evergreen literary contest was less than that submitted in previous years. This was because the deadline for submission had been on October 31 last year, but this year was earlier, that is, September 30. In addition, the consensus was formed that the prize money was not large at the awards ceremony, and the alumni revealed that they plan to raise the prize money of the 3rd Evergreen Literary Prize next year to 1 million won and hope that more students and alumni participate. To evaluate literary attainments of the applicants more objectively, ≥3 poems and ≥2 essays will be asked to be submitted. Therefore, interested students and alumni are encouraged to begin thinking about what to submit from this fall. 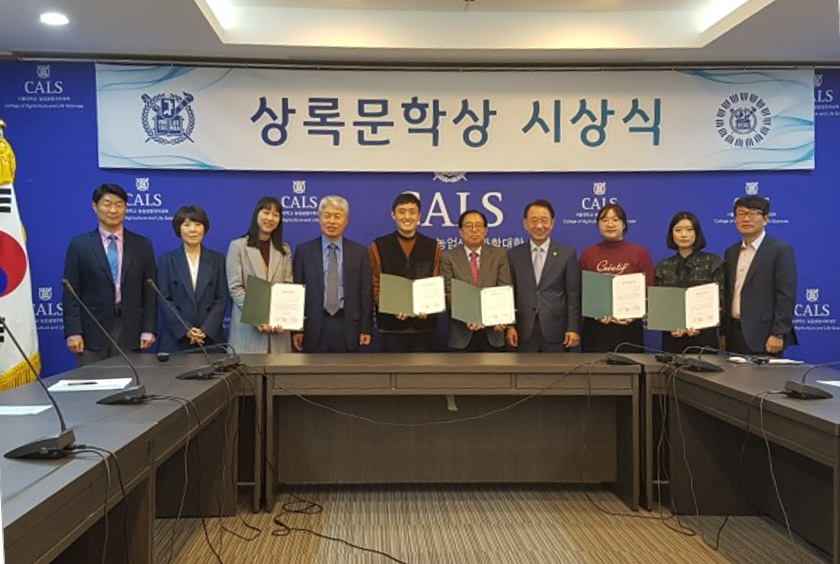 Fig 1. The winners and the judges of The 2nd Evergreen Literary Awards ceremony