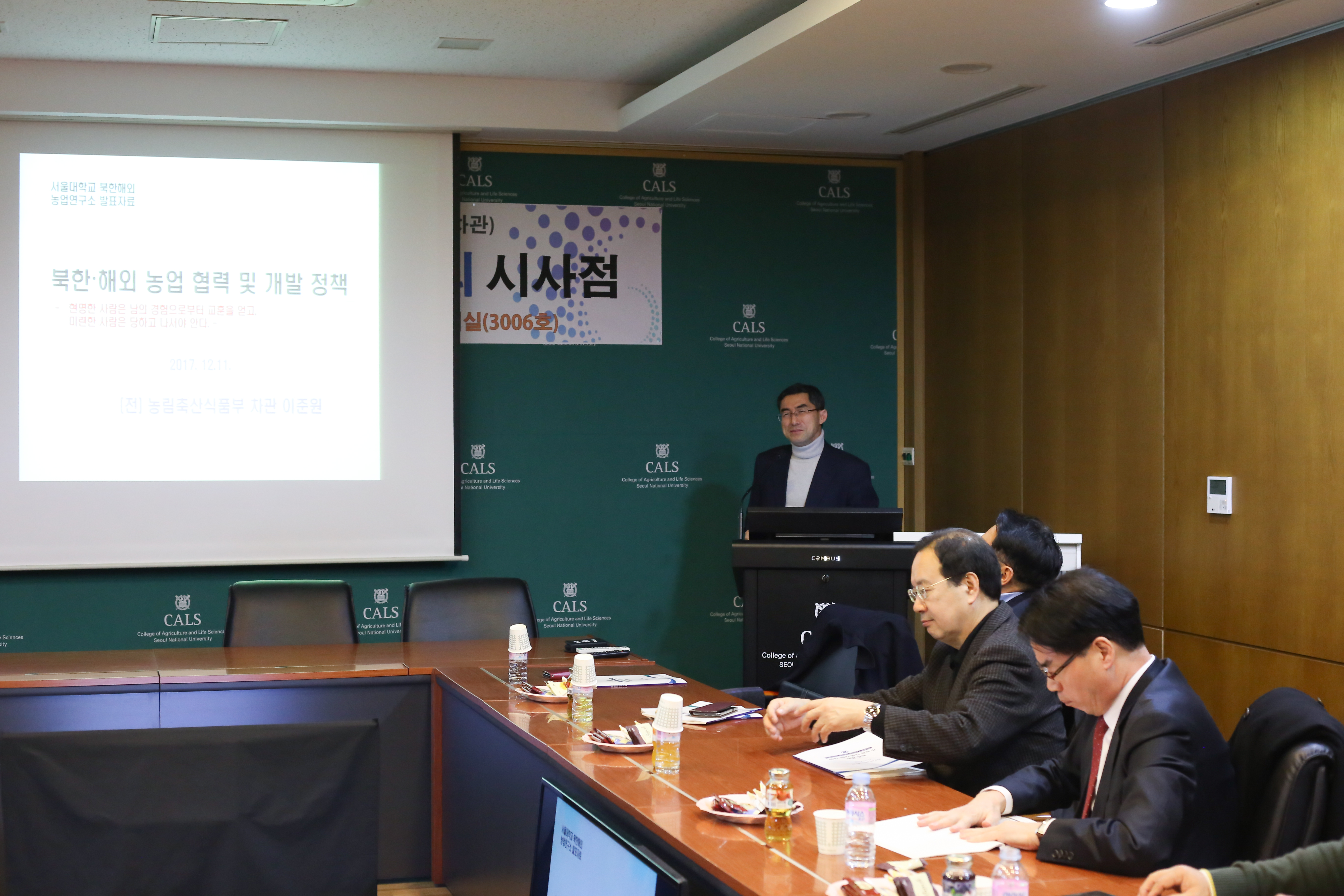 On December 11, 2017, the Institute of North Korean and Foreign Agriculture (headed by Professor Jeong-Bin Im) hosted a seminar on promoting inter-Korean agricultural cooperation at Room No. 3006 in Building No. 200, entitled, ‘Promotion of Inter-Korean Agricultural Cooperation in Preparation for Unification: Developing Foreign Agricultural Cooperation and Promoting Inter-Korean Agricultural Cooperation.’ The Institute conducts research and hosts seminars in preparation for Korean unification, as it seeks roles for Seoul National University and preemptively contributes to the development of agriculture and rural areas in North Korea after unification through academic exchange and identification of agricultural cooperation projects that are possible under the current circumstances. Mr. Joonwon Lee, the former Deputy-Minister of Agriculture, Food and Rural Affairs, and an SNU alumnus (1981), gave a special presentation during the seminar, with participation in the related discussion from the 20 professors and graduate students in the audience.