Plants have developed elaborate immune systems through coevolution with pathogens. Plants perceive pathogens via several types of signals, such as secretions from pathogens, their structural components, or even a part of plant cell that has been destroyed by pathogens. Pathogen secreted molecules are recognized by receptors in plant cells, which are approximately 150 in Arabidopsis (a model plant with a very small genome) and 800 in pepper (one of the most important crops in South Korea).

Once a pathogen is detected by a receptor, plants prepare for a fight, thicken the cell wall, secrete antimicrobials, and quite often commit suicide to prevent invasion and spread of the pathogen. These immune reactions protect the plant from pathogens and diseases, but can be simultaneously costly; therefore, these reactions need to be controlled precisely and carefully.

RRS1, together with another receptor (RPS4), is a receptor in Arabidopsis that activates immune responses against Ralstonia solanacearum, which is the causal agent of bacterial wilt disease. These two receptors form a heterodimer in absence of a pathogen molecule, and it is thought that the immune response involves dissociation of the RRS1/RPS4complex.

Mutant slh1 plants have a mutation on the WRKY DNA binding domain of RRS1, a target site of a Ralstonia molecule. The mutation activates the receptors in absence of bacteria, indicating that the immune response is always on. As shown in the figure above (arrowhead), plants with such type of autoimmunity grow extremely small owing to costly immune reactions.

In collaboration with the group of Professor Sohn in Postech, the research team has identified additional mutations in the slh1 plants, and some of the plants have recovered growth. Of these mutations, several carried another mutation in RRS1, implying that autoimmunity triggered by slh1 mutation is suppressed by the other mutations. Some plants could not trigger an immune response even with the bacterial molecule, whereas some plants could do so. By investigating which part of the signaling process is suppressed, they could understand the mechanisms underlying the activation–deactivation of immune receptors.

This study is expected to improve research and development in breeding resistant plants. RRS1 is not only the known resistance gene for bacterial wilt disease but also a nucleotide-binding leucine-rich repeat (NB-LRR) protein, indicating that it has many applications in terms of genetic engineering as the majority of plant resistance genes. For example, WRKY, a recognition site on this receptor, can be substituted with another protein that interacts with pathogens. The receptor with a new domain could now react with different pathogens, conferring new resistance genes for new pathogens. This strategy is especially potential because of two reasons. First, it might lead to direct application of proteins attacked by pathogens. Second, it can be personalized according to each plant species by combining the signaling domains of acceptor plant and recognizing the domain of donor plants. This study is thought to contribute to plant breeding and engineering with this great potential.

Horticultural Crop Molecular Physiology Laboratory is currently exploring novel genes that are involved in plant–pathogen interactions and investigating their roles and functions. Professor Segonzac’s message for students is that “Curiosity is a great skill for becoming a scientist, and critical thinking is worth investing time.” 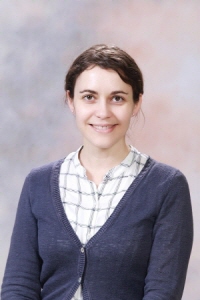