Silk, the best known natural protein fiber, has been widely used throughout history as clothing material thanks to its outstanding physical properties. However, despite its well-known advantages over spun synthetic fibers, the mechanics of natural silk spinning is yet to be fully understood.

Silkworms, especially Bombyx mori, secrete two types of protein to make silk: fibroin, which forms the fiber, and sericin, which coats the fibroin and is later removed during clothing production. How high concentrations of fibroin can exist in liquid form in silkworm glands is a particularly pressing matter, because, in vitro, even a low concentration of fibroin hardens easily. However, since the quality of silk depends on a high concentration of fibroin, the problem of finding the mechanism involved should be addressed. Therefore, many research teams have suggested a variety of theories to explain the stable state of fibroin in silkworm glands.

The team of Professor Ki Hoon Lee is one set of such researchers. In 2004, the team discovered that sericin delays the structural change in fibroin - in silkworm glands, fibroin has a highly unstable Silk I structure, and later transforms to an insoluble Silk II structure. Nevertheless, the condition in which the experiment was conducted was considered slightly different from actual silkworm glands.

This study thus aimed to investigate the effect of sericin on the self-assembly of fibroin in actual silkworm glands and of the natural phase-separation of fibroin and sericin. As a result, through changes in sample opacity, FTIR, and XRD, the research team revealed that increasing sericin concentration retards the time to gelation and β-sheet formation of fibroin, causing it to adopt a Silk I conformation. According to Figure 1, when the concentration of fibroin is maintained at 4% and the concentration of sericin is gradually increased, the time that fibroin takes to harden also increased. The two controlled beakers on the left show the degree of fibroin hardening: in the first beaker on the left, when only fibroin is present; in the second beaker from the left, when distilled water is present on the layer of fibroin. The other three beakers demonstrate the delay of fibroin hardening when a sericin layer is put on the fibroin layer. Furthermore, an accelerated structural change in fibroin was also observed when sericin was removed. In summary, this study is the first to indicate that sericin retards the structural change in fibroin through the stabilization of the Silk I structure.

The discovery is expected to play an important part in both the natural silk spinning process and any future industrial applications, given that sericin can be utilized in stabilizing the fibroin structure, which would eventually enable the long-term storage of silk feedstock. 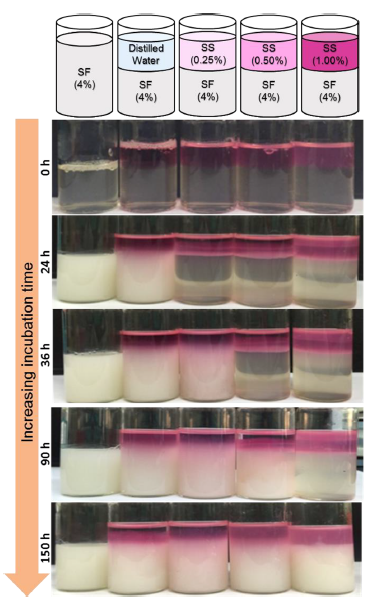 Figure 1. Phase separated sericin and fibroin. Fibroin has turned white due to structural change. The more sericin provided, the more delayed the change. 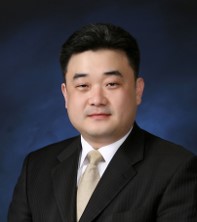