The crystal structure of an anti-CRISPR protein (AcrIIA1) unveiled

To understand what anti-CRISPR is, we first introduce CRISPR. CRISPR stands for “clustered regularly interspaced short palindromic repeat”. CRISPR consists of short genetic sequences of viral origin, followed by various genetic architecture that expresses Cas (CRISPR-associated) protein within bacteria. These proteins act as an immune surveillance system to counteract viruses that infect the bacteria by remembering the virus genome and destroying viral DNA/RNA by the RNA-guided endonucleases. CRISPR has been widely utilized as one of the most powerful gene editing tools with enormous potential, albeit cautions remain due to the uncontrollable and perilous side effects. This is where anti-CRISPR kicks in as a potential regulator for CRISPR proteins.

Anti-CRISPR is a defense mechanism within a virus to evade the bacterial immune system. Proteins expressed from the anti-CRISPR gene bind to Cas proteins and prevent it from destroying the viral genome. This viral defense system could act as an off-switch for genome editing to avoid unexpected off-target consequences. So apart from constituting the viral defense system, anti-CRISPR promises a useful tool that could potentially increase the efficiency and elaborateness of gene editing.

Only a few types of anti-CRISPR proteins have been found so far, and professors Jeong-Yong Suh and Euiyoung Bae (Department of Agricultural Biotechnology, Seoul National University) led their research team to first unveil the structure of the anti-CRISPR protein AcrIIA1using X-ray crystallography. AcrIIA1 forms a dimer with the N-terminal domain exhibiting a helix-turn-helix (HTH) motif that resembles transcriptional factors. The HTH motif is generally known to participate in the DNA-binding, but AcrIIA1 exhibits an RNA-binding affinity instead, making it an unconventional type of CRISPR-Cas inhibition mechanism. The study also proposed the possibility that AcrIIA1’s C-terminal domain may function through interaction with other proteins.

With this breakthrough, we now know that an anti-CRISPR protein can bind directly with nucleic acids, expanding the current mechanism that they interact with different types of Cas proteins. This suggests that the defense mechanism of CRISPR and anti-CRISPR may be more involved than originally believed and opens up new possibilities for further research. Scientists have been chasing the dream of taking full control over gene editing for decades. We are learning more and more about the world invisible to naked eyes, filling the gap between the prediction and the reality. With the exponential growth in the advancement of science, it is foreseeable that the dreams of many years may come true in near future, providing the personalized medicine for genetic diseases on demand. 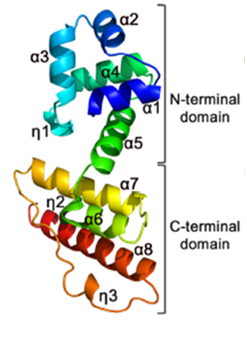 Figure 1. The protomer structure of AcrIIA1 in a ribbon diagram. 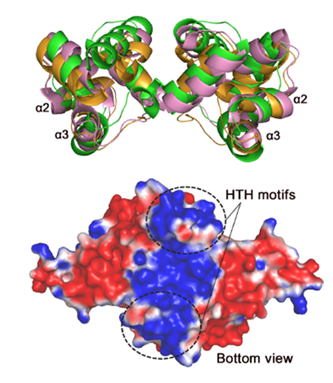 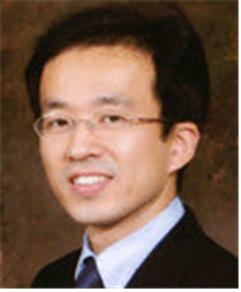