An Investigation of Potential Gene Flow from GM Brassica napus (GM B. napus) to its Relative Species in East-Asian Agricultural Ecosystem

One of main concerns on GM crops is environmental risks such as gene flow and weedy risk, resulting in negative impacts on ecosystem. Unfortunately, little effort has been made to assess environmental impacts and risks of GM crops as compared to research on GM crop development with emphasis on the benefits of GM crops. SNU CALS Professor Do-Soon Kim pointed out that we should understand both the benefits and risks of GM crops and consider their balance. Accordingly, his research group in the laboratory of crop physiology and weed science have been conducting studies to assess potential risks of gene flow and reported their results in two papers recently published in a row in Science of the Total Environment. The National Institute of Ecology, which is affiliated with the Ministry of Environment, supported this study.

The studies evaluated the potential environmental risks of gene flow in smallholder farming systems in Asia. In general, many Asian countries, including China, Korea, and Japan, have smallholder farming systems with a co-existence of diverse crop species. Most of the farmers have small pieces of land with a landscale less than a half-hectare. Hence, a mosaic agricultural structure is quite common with diverse crops growing side-by-side. Therefore, this study considered Korea’s agricultural environment, where the probability of gene mobility is high due to its mosaic structure (i.e. a structure in which various crops are planted in a small field).

The first study assessed the risks of gene flow from glufosinate-ammonium resistant (GR) Brassica napus  to B. napus, B. juncea, and Raphanus sativus. Small-scale field conditions in Korea were simulated, and herbicide resistance and simple sequence repeat (SSR) markers were used to identify the hybrids. The hybridization frequency of B. napus x GR B. napus was 2.33% at a 2-meter distance and 0.007% at a 75-meter distance. For B. juncea, it was 0.076% at 2 meters and 0.025% at 16 meters. No gene flow was observed for R. sativus. According to the log-logistic model, a safe isolation distance for limiting gene flow to less than 0.01% is 122.5 meters for GR B. napus and 23.7 meters for B. juncea. Long-distance gene flow from GR B. napus to B. juncea was found to be unlikely, but there is a risk of gene flow between adjacent small-scale fields. These results may be used to set safe isolation distances for preventing gene flow when GR B. napus is released for cultivation.

The second study evaluated maximum potential gene flow from GM B. napus to its male sterile relatives under open and wind pollination conditions as pollen-mediated gene flow (PMGF) from B. napus to its wild relatives by wind and insects is a major ecological concern in agricultural ecosystems. The results showed that the maximum potential gene flow from GM B. napus to MS B. napus ranged from 32.48 to 0.30% and from 14.69 to 0.26% at a 2- to 128-meter range under open pollination conditions and wind pollination conditions, respectively. As for MS B. juncea, the range was from 21.95 to 0.24% and from 6.16 to 0.16%, respectively. The measures of honeybee-mediated gene flow decreased as the distance from HR B. napus increased: The range was from 17.78 to 0.03% at 2- to 128 meters for MS B. napus and from 15.33 to 0.08% for MS B. juncea. No gene flow was observed from HR B. napus to MS R. sativus. These findings help to understand the relative contribution of bee and wind pollination to the gene flow, and they are useful for measuring GM crops’ maximum potential gene flow and for identifying its environmental risks.

In summary, this study suggests a technique to assess GM B. napus’  gene flow in a small-scale agricultural environment, as is the case in Korea. Also, it compares wind- and bee-pollination contributions to the gene flow and presents data that can be utilized when setting safe separation distances to prevent gene flow. Professor Do-Soon Kim and his research team are currently performing follow-up research to assess the environmental impact of other crops, including beans.

[Figure 1] Paper 1: Prediction of gene flow from GM B. napus to its relative species 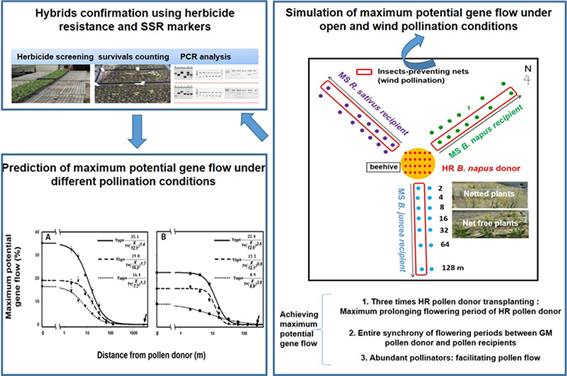 [Figure 2] Paper 2: Evaluation of maximum potential gene flow from GM B. napus to its MS relatives 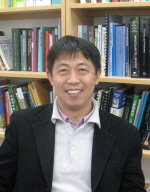